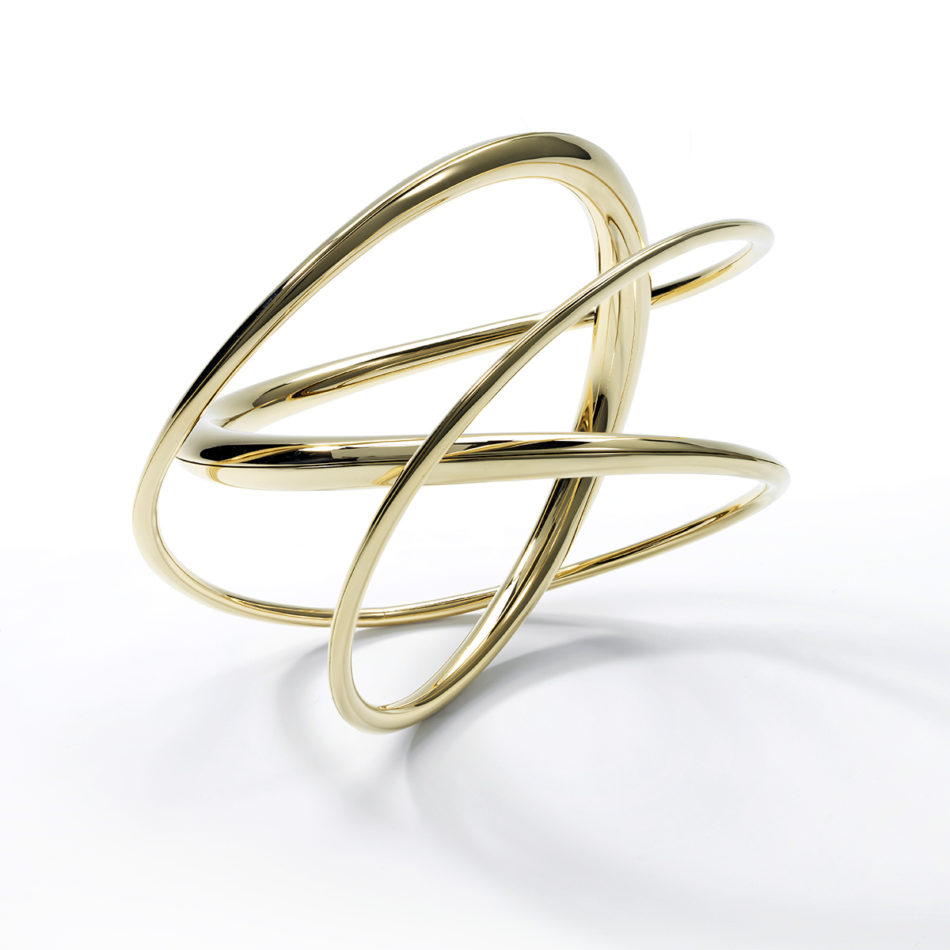 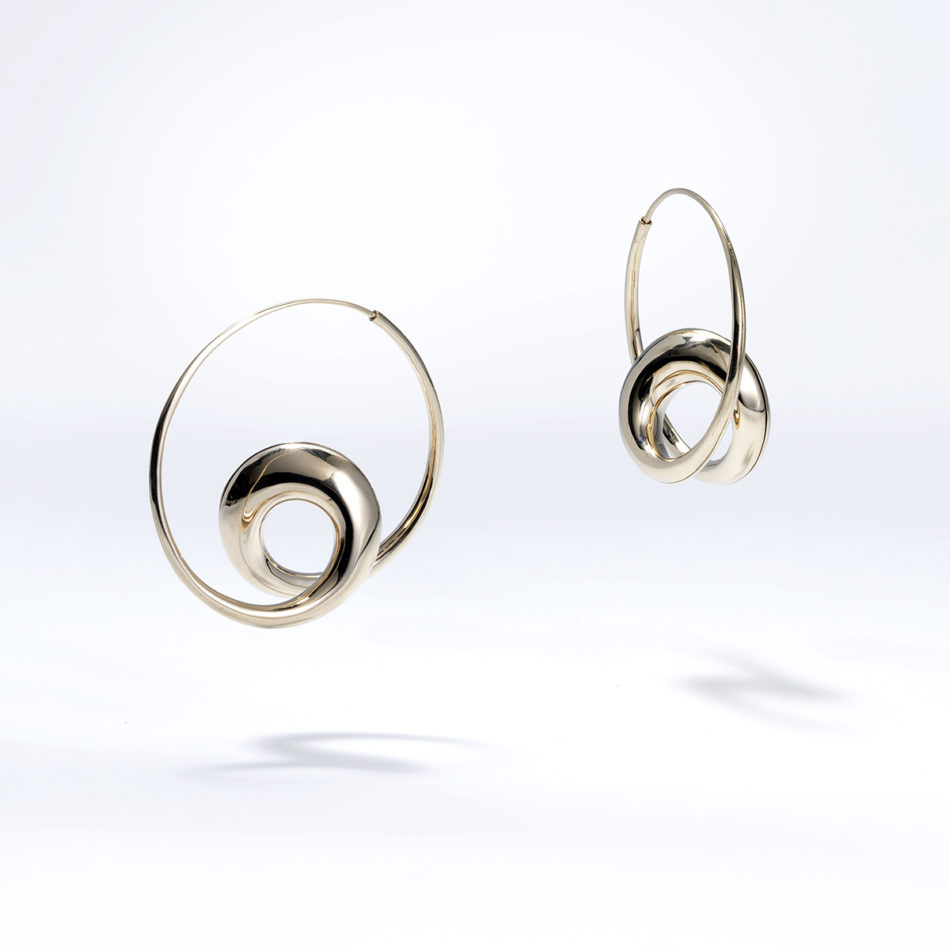 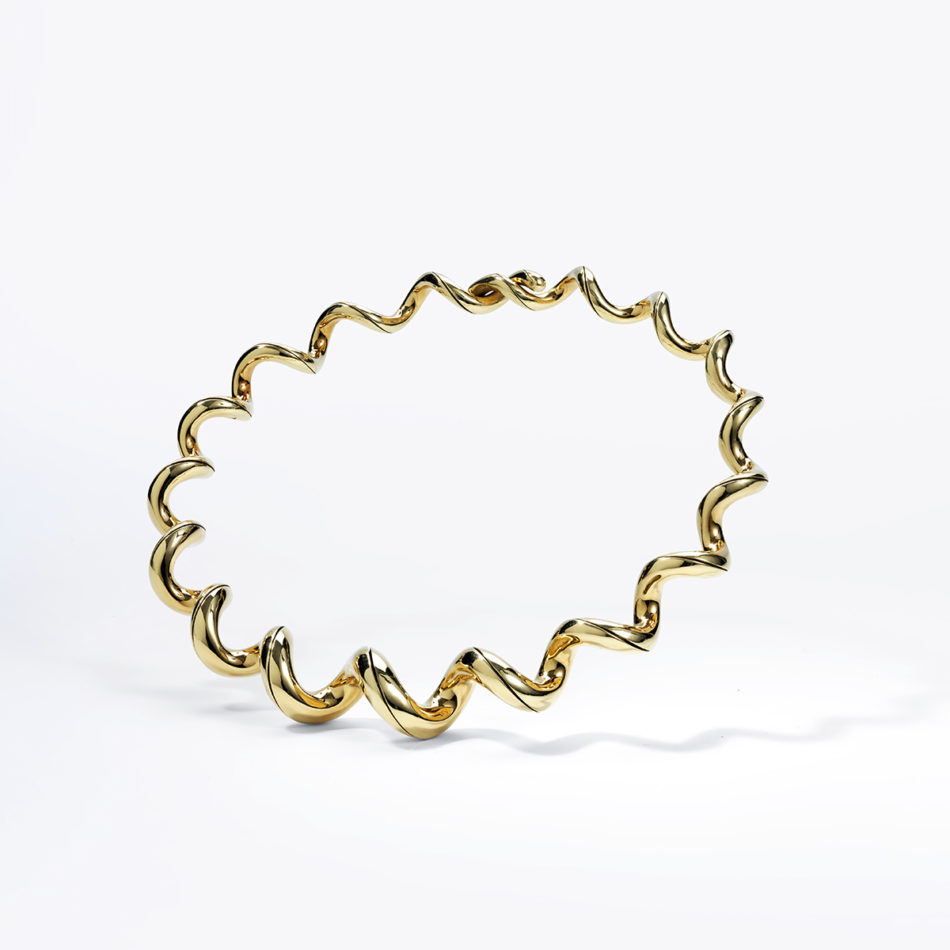 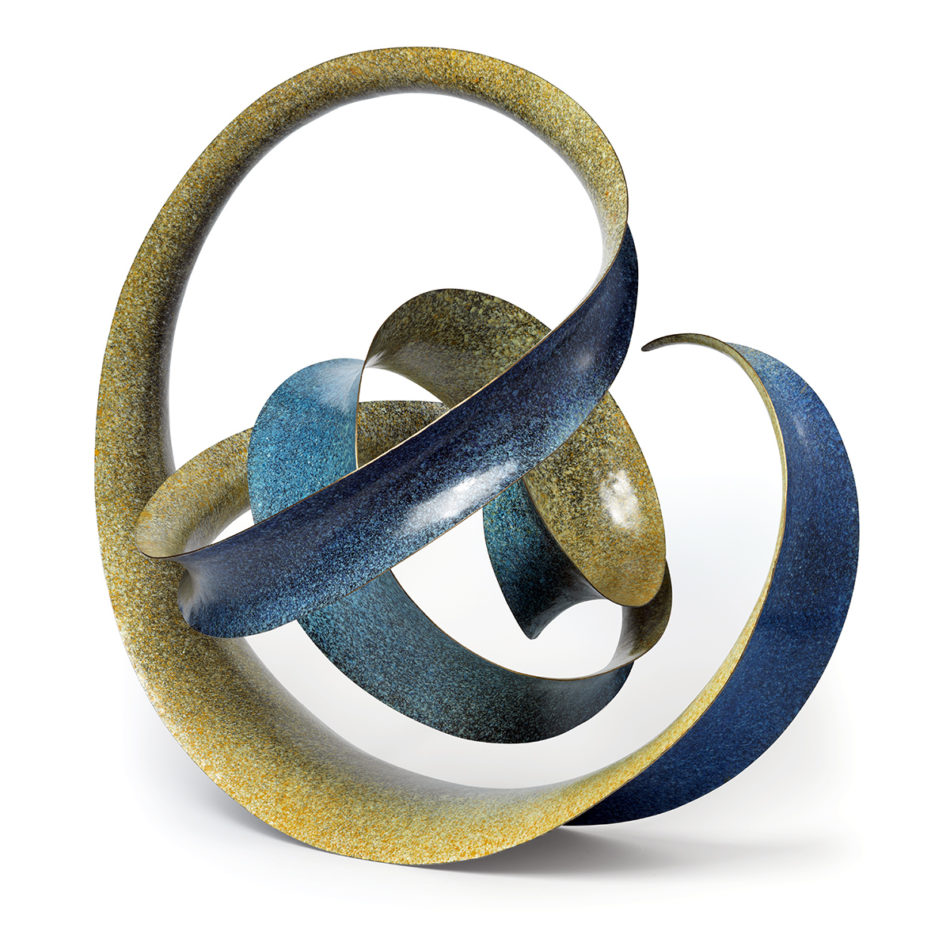 Michael Good began his jewelry career in 1968 in NYC. He moved to Maine in 1969 and began working in his studio doing rudimentary jewelry. In 1977, his work transitioned dramatically after taking a workshop with Finnish metalsmith Heikki Seppa, who introduced him to tehniques allowing a compound curve to be put into a flat sheet of metal. Michael further expanded on this technique, figuring out how to extend those curved into a tubular form – the technique now known as anticlastic raising was born. He is self-taught from that point forward. HIs work lives in private and public collections around the world.